A group of researchers from Universiti Malaysia Pahang (UMP) has developed a product called ‘Sleek Pump’ to make it easier for stingless bee farmers to extract honey without compromising the quality.

Dr. Mohamad Firdaus said the project began in 2016 and was fully completed in 2018, following a request from the Pahang Stingless Bee Honey Entrepreneurs Association (PUKP).

He said Malaysia had more than 4,000 stingless bee honey farmers and in Pahang alone, there were 110 farmers who were registered with PUKP.

Their monthly production was estimated at 1,400kg, he added.

“The association had sought help for an easy and cheap method to extract the honey which gave us the idea for this suction pump.

“Prior to this, various methods had been used which included using of the straw, syringe and even a pump. However, these methods resulted in honey produced of less quality, bubbling while the suction flow was slow,” he added.

He said the ‘Sleek Pump’ created was a battery-powered tool and easy to carry.

He also said if a rubber tapper would require a good knife to get quality latex, a stingless bee honey farmer would need a good suction tool to extract quality honey.

At the initial stage, the tool was used and tested by 30 farmers who were members of PUKP and feedback from them were collected to gauge the effectiveness of the suction pump, he added.

“Based on their response, they said it was much faster to use the suction pump as compared to other devices and that the battery lasted longer.

“There was less bubbling. Most of the consumers did not like honey with too much bubbling, and at times, it could cause the bottles to crack.

“With the ‘Sleek Pump’, suction can be made straight from the bee nests into bottles and it does not need between one week and a month for the bubbling to set in. The system is powered by batteries that can last up to four hours,” he said.

He added that the compact-designed pumps would be in the market soon and the price was set between RM500 and RM600. 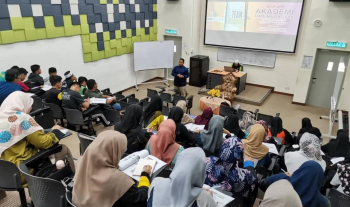 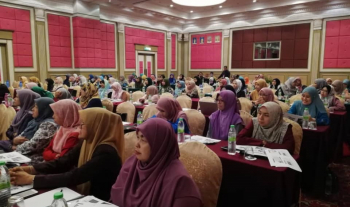